Walter White is a commonly known name in almost all American households from the super hit TV show Breaking Bad. His dark, sinister side is the main driving force throughout this popular television drama. Breaking Bad is a crime thriller broadcast on the AMC channel and had an immensely successful running.

Walter White is a cancer suffering chemistry high school teacher who adores his family consisting of a son with cerebral palsy and a pregnant wife. After being diagnosed with fatal lung cancer, the already struggling Walter White breaks down with the trauma of unfulfilled responsibilities. Then this chemistry teacher’s slow transition from a person of awakened conscience to a hardcore criminal and meth drug formulator known as Heisenberg begins. His criminal journey is marked by occasionally resurfacing emotional feelings and undaunted love for his family. People of all age groups fondly watch this drama.

Purchase Your Very Own Heisenberg Hat 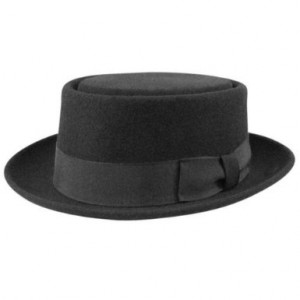 The Euphoria For Walter White’s Signature Costume
An actor’s acting skills do the 70% job and the rest of the 30% is done by the theme based costume and accessories. Same is with the character of Walter White played by Bryan Cranston. This talented actor easily pulls of the transition and get into the mood of Heisenberg complete with his Bollman Collection 1940’s pork pie hat, dark glasses, signature goatee, windbreaker, bald head, etc. The look is so famous that the Museum of the Moving Image in New York is showcasing the memorabilia and the famous costume of Scarface. This move has been very much appreciated by people in the US because the last part of the 5th season is scheduled in August. Crazy Walter White’s fans really get a high by just having a glimpse of his costume. The most popular accessory is the Heisenberg Hat, a 1940’s style pork pie hat, worn by Walter White throughout the series. This pork pie hat instantly gives Heisenberg the drug peddler type sinister look. Young people, children and seniors want to copy his look for fun. His pork pie hat is the most worn in costume parties. It’s difficult to get hold of the costume’s replica, but you could definitely get the exact replica of pork pie black hat from the 1940’s Bollman Collection on this website exclusively.

Customize Your Heisenberg Hat
You could even customize your Walter White pork pie hat with us. We have various sizes in this fashionable pork pie hat ranging from kid’s hat in small sizes to adult’s hat. The circumference of our pork pie hat is available in various shapes to fit the head size of both men and women. This pork pie hat is equally popular in women also who relate to the Walter White’s character transformation and like his alter ego. It’s a fashion statement to create a `dare not mess with me’ look in women and men.

Tips to Accessorize Your Walter White Outfit
Men can wear this Walter White’s pork pie hat with a jacket and leather shoes. The hat looks even better if worn with a goatee. You could even accessorize the hat with hat pins and match it with any of your beach costumes. Imagine yourself dancing in a beach party at the wee hours in this Heisenberg Hat, how cool would that be? You can easily become the center of attraction of any Halloween party with this hat. This hat could be worn in semi formal parties with suit too. `Bad’ attracts everyone and you can temporarily change your mood with this hat from our collection. There’s so much that you could do with this hat. You could use this hat for many fun purposes like surprising your wife in the bedroom with a `Walter White’ look! She will be surprisingly shocked with the naughty bad side of you. Girls, you could get that sporty and lively look with this Walter White pork pie hat too. Wear this hat at your friends next outing and stand out in the crowd. Everyone will be asking you that from where you bought this hat which looks exactly like the one Walter White wore. We sell this hat for just $100. This is just a small price for the workmanship that goes into crafting this exact replica.

Now like a true fan of Walter White and his TV show `Breaking Bad’, wear this hat and be the center of attraction in your group while watching reruns. 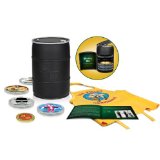 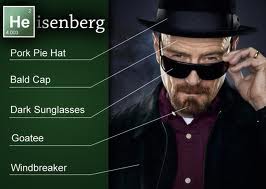 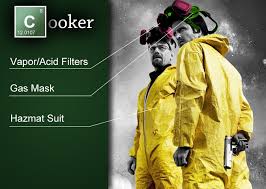 Get All 5 Seasons on DVD Here! 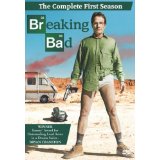 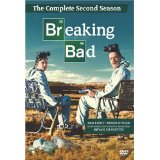 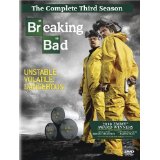 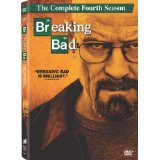 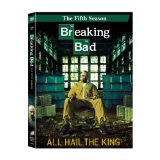 Product names used on this website are trade names, service marks, trademarks, or registered trademarks of our partners. Heisenberghat.com is not endorsed by its partners but does have an affiliated relationship and may receive benefits or compensation from the sales of their products.